People of China, You Can't Watch The NBA, But You Can Read This Blog

I don’t get to political on this, sports often transcends that at it has historically been one of the places where people are divided, but over something that doesn’t matter.  It doesn’t matter if you are a libertarian or socialist Steelers fan, you hate the Ravens, and that is a special thing in this day and age.  But occasionally the two intertwine, and before you start sweating thinking this is going to be about Kaepernick, it isn’t, and I am not even going to talk about the change of the term “Owner” to “Governor” in the NBA.  I am however going to mention someone from the NBA, and not to compare Drake to a dictator again, but maybe a little bit about a “hands on” (choosing words carefully to not negate the whole point of this) government.  But mostly it is about me.
I am quite sure that at this point this blog, yeah this blog that does not have enough readers to be monetized by google, is more accessible and allowed in China than the entire NBA.  A single tweet supporting the Hong Kong protests from Houston Rockets GM Daryl Morey, and support from Commissioner Adam Silver have gotten the NBA banned in China.  Last week I had 12 readers in the Communist nation that has recently been on a bit of a crusade against anyone showing support for the protesters in the Semi-Autonomous state of Hong Kong… which I won’t weigh in on because I simply am not educated enough, and the space of commentary on such matters is crowded with loud, dumb people.  However I will say, any time your CEO (yeah, their head of government is a CEO) calls the shooting of a protester with a live round “reasonable” things are not great.
Now again, not taking an official stance, but the statement released by the NBA after the tweet from Morey saying that he may have “deeply offended friends and fans in China” and it could be seen as an affront to “the history and culture of China.”  This seems a little boot licker of the NBA and in the “History” of Modern China Hong Kong spent more time as a British dependency? Between the seemingly benign tweets offending the state run media of China, and the USA teams embarrassing performance in the basketball world cup in china last month, I think it is safe to say that it is time for American ballers to just avoid that part of the world.


.@NBA announced on Chinese Sina Weibo on Monday that Houston Rockets' general manager @dmorey's inappropriate comments on #HK issues "have deeply offended many of our friends and fans in China, which is regrettable." pic.twitter.com/w9d49xvu9g
— Global Times (@globaltimesnews) October 7, 2019

So now with the NBA out will it be time for the NFL to double down on their mission to dominate the world.  There are about to be two London games in a row, A game in Mexico City (assuming that it isn’t too good of a game…) Now with basketball out is it time for football to dominate the world’s largest population.  Chinese farmers recently developed genetically modified pig that weighs 1,100 pounds, so imagine the offensive line they could breed, it would rival that of Wisconsin’s. 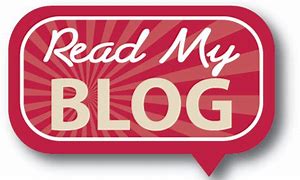 I don’t really care what they do, China will be just fine, or at least tell the world that they are.  The main point being that at this juncture this blog is more accessible than the NBA in the world’s largest market.

Dear People of China,
If you were “deeply offended” by the recent tweets of NBA GM Daryl Morey, and if Adam Silver’s suggestion that a governing body would support its constituents’ right to express their political views freely is an affront to your core principals.  I am here for you, much like the knee jerk reaction of the NBA communications office I am all here to turn a blind eye, toe the Communist party line, and kiss the ring of your “president for life” if it is the most effective way to profit off of the billion plus people living in your nation.  I am not taking a stance on the protests in Hong Kong but I will stand in solidarity with you in saying that the NBA is an organization that should be reduced in size and publicity. While you are looking for a new sport to follow that your government allows, I will suggest Hockey as the NHL season is just starting up, or you can just read this blog.  I promise to never take a real stance, to only take on the smallest and most insignificant sports stances, and to stand firmly on those satirical principals for only as long as it is convenient.  I can be bought, cheaply, so make an offer.
Banned Basketball China Communism FIBA GM Hong Kong Morey NBA Politics Protest Silver