I Made The Mistake Of Watching USA Cricket. 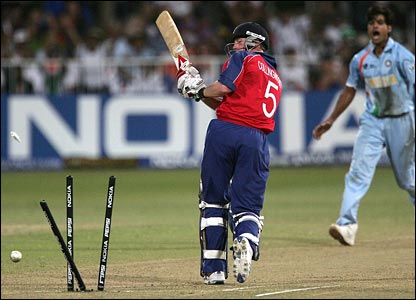 USA cricket sucks, no I don’t mean the wireless provider with the obnoxious animated characters in the commercials, I mean the sport team.  If you are saying, “I didn’t know the US had a team” you would be partly correct, I am not sure anyone told the guys on the team that the US has a team either.  As the biggest anti-fan of cricket I have ever met I thought I would at least take a look into the local squad and see if they had anything to offer. 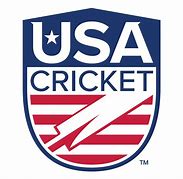 I knew they were not going to be impressive, they are playing in the “League 2” world cup right now… League 2, I don’t care if it is a sport that Americans have never heard of, a little pride please, there is a standard to uphold in international contests.  Losing in sports that we don’t care about is acceptable, Cricket, and soccer being the most notable, but at least qualify.  Bangladesh qualified for the real world cup… Bangladesh. (We won’t bring up the embarrassment in a sport that the USA is good at, Basketball, because well, it’s basketball) The clear suckiness notwithstanding I thought I would check it out, like being a student at a MAC school, you know your football team stinks but you already own a shirt with the logo on it so may as well show up for a game.
The USA schedule is filled with big names in the international sports world like Namibia, Papua New Guinea, and Bermuda. The nicest stadium they play in is this

And I assume it Is the nicest because it is the only one that even has a google images photo, mean while the rest of the world plays in places like this.

90,000 seats, TV deals, literally billions of spectators worldwide... BILLIONS.  I found the USA’s match against Namibia the other day, live on the official YouTube page, it was basically one semi-stoned communications grad student with an iPhone 5c zoomed in from the far side of the field.  In between the incoherent mumbles of the “commentator” (who sounded like he had read less of the cricket Wikipedia page than I have) there was some “cricket” played.
As much as I have a love hate relationship with the sport there is some excitement when you see some truly great batters go on a good knock.  This was not that, in cricket as long as the ball doesn’t hit you, the stumps, or get caught, you can pretty much bat indefinitely, the two sides in USA v. Namibia were clearly aware of this as they bunted off ball after ball after ball.  Like watching an 8 year old in pitching machine baseball “wait for his pitch” even though it never changes, and they don’t call looking strikes so he just stands there for 20 minutes before he sends a dribbler right back to the “pitcher.”

The problem with that is this match is ODI (one day international) which means you have a limited number of balls in a game, this normally leads to some more risks taken and a potential for more big hits and long balls. NOT WITH THE USA there were a total of eight “4s” (hit to the boundary) and four “6s” (hit over the boundary). In the real world cup the West Indies (my favorite, but not a great team) had 4 sixes on the last 5 balls, take some chances guys.

Going from watching the two best teams in the world duke it out less than a month ago in London to watching two irrelevant squads shank a few off in a park in Fort Lauderdale is a bit like going from watching Mahomes drop 60 yard dimes on Sunday to watching the local Pop-Warner kid fail to hit his running back with a hand off. (And they hand it off a lot).  It got me thinking, when looking at the contests that America cares about, this nation has some pretty great athletes, could we funnel some of them into a sport like cricket and make a run at something.  Think about it, the balls are pitches thrown in the dirt at a massive strike zone, at a maximum of like 80 mph (with a running start). On the batting side you have something closer to a tennis racket and an unlimited number of times you can take to just bunt one foul.  You mean to tell me that we couldn’t send Jordan Hicks out there to take a crow hop and throw 105 (which he has hit from the mound twice this year), or Mike Trout to play glorified home run derby? Just once I want to see how they would fair in the sport.

Now in fairness the USA did beat Namibia by 5 wickets, but that was Namibia, a population of less than 2.5 million and an GDP that barely cracks the top 25… in Africa… So if you are looking to become a fan of cricket, I strongly recommend adopting an international team, as long as it isn’t England.
CRC cricket Cricket World Cup ODI USA World Cup 2019 World Sevens