Freedom of speech, Right to expression, defense of the first amendment and the right to make a joke about whatever you please.  These are all things I hold dear, I think that there is humor in anything and love when widely known organizations join in on the fun.  I find the slightly asinine Twitter account of Wendy's to be charming, and think that it is a model more companies should follow.  The stuffy professional PR campaigns of most businesses are geared to not offend an audience that simply isn't going to be the key demo on twitter.  You want to keep it all classy and above board? Fine, go buy some ad space during Garrison Keillor's program, or reruns of The Golden Girls on TV Land.  But if you're going to be on Twitter, you had better have the wit of Betty White, not cater to her peers. 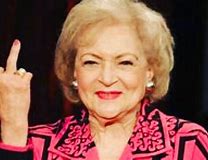 That being said the Miami Marlins went too far in a recent Twitter tet-a-tet with the Tampa Bay Rays. (not the Devil Rays, that changed in 2008, right about the same time as the Willis Tower, but I bet you still call that the Sears Tower too, Sears is dead, accept it.) They invoked the name of maybe the only man on earth who is still universally beloved... Steve Irwin. (RIP)  To call out the Rays as using the name of the animal that killed The Crocodile Hunter is a low blow, just a dirty cheap shot.  That man has a proud legacy, a wonderful family (Congrats Bindi on your upcoming nuptials) and you reduce it all to one freak stingray accident.

The Marlins are just a little angry because they got swept by the Rays, and are currently sitting a not-so respectable 22.5 games back.  I am hoping that this incident unites the non-baseball and baseball worlds alike in realizing just how stupid the Marlins organization is.  This is a team that in rapid succession traded away Giancarlo Stanton, the previous seasons NL leader in home runs and RBI's and got rid of Christian Yelich who would go into 2018 to be the NL MVP.  I could do a deep dive on just how much Derek Jeter and the morons in Miami shot themselves in the foot in the 2017 off season but that is a stat laden rant for another day.

The Marlins overstepped and took light of the death of one of the world, and the internet's, most beloved individuals and I hope that they don't win another game for the rest of the year.  The team says it was "definitely a miss" in terms of an attempt at humor on the medium.  I would say miss is an understatement, this was a full on strikeout swinging spin-o-rama.  Not even upset your city is supposedly going to be underwater by 2025
Marlins Miami MLB Rays stanton steve irwin Twitter yelich