If you all out there thought that I wanted an opportunity to take on the ginger England cricket star Ben stokes in the ring, there is a new leader in the clubhouse on professional Assletes I would like to punch, and his name is Jermaine Jones. Ever heard of him? No? Me either, but he is now on the hit list.  There are two things I cannot stand for in the sporting world, LeBron James (Really the whole NBA but he epitomizes it) and anyone who takes shots at my beloved Women’s National Team.

US Men’s national team Midfielder Jermaine Jones in aninterview stated that “the girls screaming is going to backfire”…..Whoa dude.  Just because they are the sweethearts of the nation right now does not mean that we are going to disrespect them by referring to them as “The Girls team” (which he does with some consistency).  Just a little background on Jones-y, he is a German-American dual citizen who after realizing that the he was not going to cut it on the German team applied to play with the USMNT where he fit right in, making his world cup debut in 2014. (A great time to not be on the German team, because we all know that winning is boring)  He enjoyed a mediocre European career, never cracking the top tier and then playing in the MLS where he had some success. 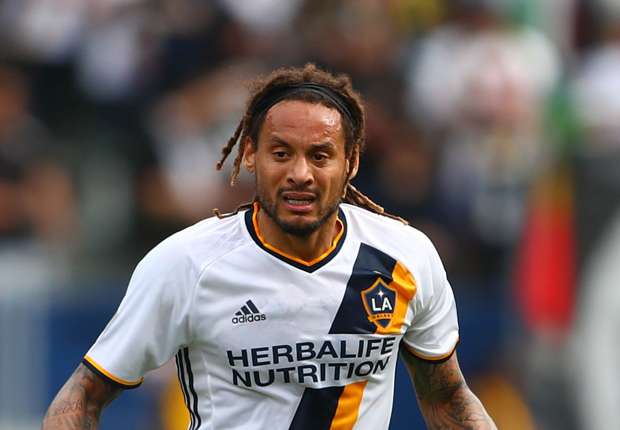 Jones took shots at Alex Morgan directly, who is someone that you have heard of (If from nothing else my former blogs) saying that she makes more than a lot of male players in the US so she should just be quiet, what an ass-hat.  Firstly, the women’s pay table and cap means that even at her max she can only make about $25k more than the men’s minimum.  Though I don’t doubt she is doing okay on endorsement dollars, because people like her, unlike you Jermaine.
Jones mentions that in no other country are the women payed equally, true, but in no other country are the Women considerably more popular and dominant in their field.  The Men didn’t even qualify for the last world cup, and have only ever placed as high as 3rd. (Which was in the first ever world cup. IN 1930!!)  So don’t even for a second think that the soccer situation in America is anywhere close to the rest of the world. The MLS ALL STARS were just shellacked 3-0 by the second best team in Madrid, in what was really nothing more than a tune up game for Atletico.

I am fighting hard here to not go on a profanity laced tirade around the office right now reading the comments from this moron, but I won’t, and I will do what I can to keep this blog PG-13.  But this dummy thinks that the US men’s team is “way bigger” than the Women. THERE WERE MORE PEOPLE IN ATTENDANCE AT THE WOMEN’S VICTORY PARADE THAN PEOPLE WHO WATCHED THE MEN IN THE LAST WORLD CUP. Though those numbers are “however many where at the parade” to ZERO, because they didn’t even qualify (Have I mentioned that).  Need another example how much “bigger” the men’s audience is?  The average attendance for Men’s national team friendlies, reported less than 10 thousand, for the women… 27k more than double, great math Jones.

Now while Jones is the loudest idiot this week he isn’t alone, some dork from US Soccer came out and stated that the USWNT had actually received more in “bonuses” than the men... brilliant argument, tough to dispute that. And why shouldn’t you be a little upset about the bonus discrepancy?  How can you not think that the bonus compensation should be equal for the back to back world cup champions and the failed to qualify in 2018, and barely made it to the round of 16 where they were eliminated?  Just for reference from 2010-2018, the men have made, $26.4 million, and the women $34.1 million, in that timeline there were 2 world cups (participated in) by each team, the women had 10 wins, and finished 2nd (in a match that went to penalties) and 1st, the men had 2 wins, and finished T-16th in both… so that is $13.2 million per win for the men, and 3.4 for the women.  Like I said salient argument, if you aren’t looking at any of the facts, or just not good at math.

I just cannot believe that anyone from the men’s side has the stones to make comments right now, after failing to even qualify for the world cup (a cup in which Croatia took 2nd, a nation the size of Iowa) I would expect them to hide in shame and just be happy that someone was reminding Americans that soccer is in fact still being played by someone.

I stated in a previous blog that there was really no need for Hope Solo, world’s best goalkeeper 2003-2016 and confirmed wild card, to join into the fray for equal pay.  But reading the absolutely incomprehensible comments out of Jermaine Jones, I think there might be a use for her skill set just yet.  But given her history and willingness to help she doesn’t need me to tell her that, and if Jones shows up with a black eye on Monday we will all know who did it. 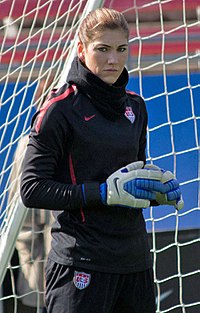