College Football Week 0's Most Exciting Moments May be Punts

The moment we have all been waiting for has arrived, since I began this blog it is safe to say there have been very few meaningful sports.  Yes there was the Stanley Cup Finals, and the Women’s World Cup, but both of those seem ages ago.  No, for the most part it has been cricket and baseball, and I am getting a little fatigued of trying to find something interested about those flat-bat morons across the pond, and I really can’t keep up with the 45 games a day that the MLB plays.  But that struggle is over, because football is back, and none of that pointless preseason crap. They played on an 80 yard field, your argument about the preseason being relevant to anyone but an undrafted rookie is invalid.  College football kicks off this week, a version of the sport that I, and most people, find infinitely more entertaining than the professionals.  If they had a college fantasy football I would potentially never watch the NFL again. 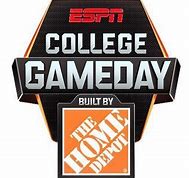 My biggest issue with college football is that it is run by the NCAA and frequently tied to ESPN, and that duo has reared their ugly head to try to ruin the glorious beginning of the football season.  This Saturday marks “Week 0” only two games as a sort of soft opening to the collegiate calendar.  Kicking off at 7:00 (EST) is Miami (Fl.) and #8 Florida at Camping World Stadium in Orlando, Arizona @ Hawaii at 9:30.  The Arizona Hawaii game is of little consequence, but having a top 25… albeit Pre Season Top 25, team in Week 0 is a big deal.  So big in fact that ESPN College GameDay is breaking out the bus earlier than normal and making a trip to Disney’s Magic Kingdom… neat in theory.  However in practice it will be a bit lackluster, Disney policies prohibit flags, signs and most of the other exciting staples of the “GameDay” set.  Nicely done guys, you have drained the fun out of what is now bound to be a pretty boring 12  hours leading up to kickoff.  ESPN is majority owned by Disney so I guess they have to obey their corporate masters, but banning all of the shenanigans that make Saturdays in the fall entertaining just to appease a park founded by NAZI is bound to disappoint fans far and wide.  (Yeah, ‘ole Walt wasn’t a fan of the Hebrews, look that up sometime) However there is something I am pretty excited about, and it actually has to do with some on field action.  When it comes to college football I am a big fan of Defense, mainly because it is one thing that Michigan can hang their hat on the last few seasons.  However I am rooting for Florida’s defense in this one, why? Because I want to see Miami’s punter go to work. That is right, a punter. Just when you thought that Ryan Allen’s release was the biggest punting news of the month, I am betting that this guy from The U could be a bigger story. 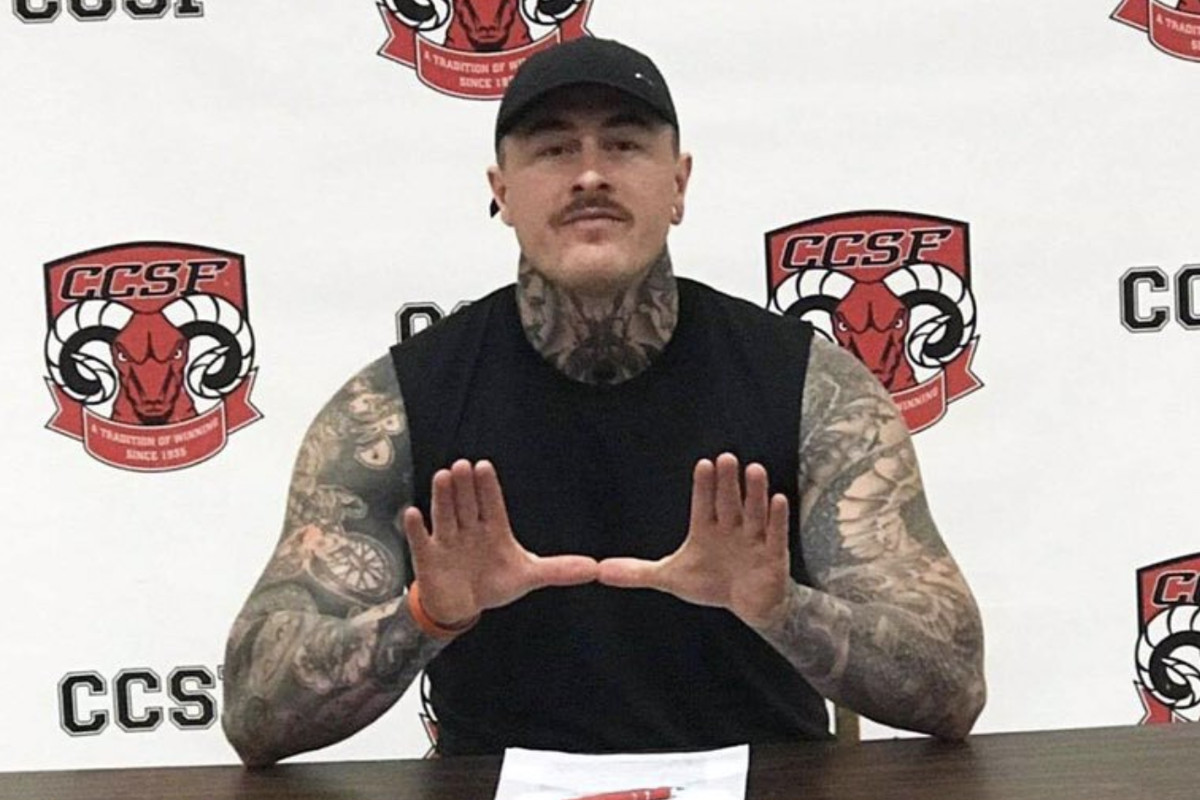 Signed in October of last year, Louis Hedley’s commitment photo went viral.  Is it because he looks 35? Or the neck tattoos that look like he is definitely part of witness protection after narking on some fellow gang members? Or maybe the fact that he has the build of what would be a large middle linebacker in today’s FBS? Perhaps it is all of the above. Hedley comes from Australia with a back ground in Aussie Rules Football and Rugby, and I will make the joke before you will, yes I, as a Michigan fan, have had some disappointing moments at the hands of rugby style punters before.

But if you watched that whole season you know that they drop bombs, going from a rugby ball to an American football is like taking the bat-weights off, expecting less than insane distance is like giving Josh Allen a Vortex football and thinking he can’t send it 100 yds.  The rugby experience also seems to add to the accuracy as well, both things that Miami needs after averaging just 38 yards per punt last season.  But there are others who can do this no doubt, what makes this guy so special and potentially exciting, I am going to declare him the first “dual threat punter” at 6-4 215, with what I can best estimate is about a 4.5 40 time Hedley is a legitimate fake and run threat.  Last season at the junior college level in San Francisco he ran one for about an 80 yd. touchdown. (Which from the punter position means he took off from his own 5)

Miami head coach Manny Diaz seems determined to do things a little differently, and out of The U less could barely be expected.  He even had Hedley sign from Australia to get a 14 hour jump on the National Signing Day timeline.  (“It’s February 7th somewhere) Looking to bring back the edge and success to Miami Diaz could use his punter to set a tone, specialists with a bit of an attitude always seem to catch people off guard.  It will certainly be an experiment, nobody seems to know how old this guy is, and he has reportedly spent the last 8 years as a “scaffolder” (?) but with 3 years of eligibility left that is plenty of time to work up some trick plays around the Aussie and his unique set of abilities. 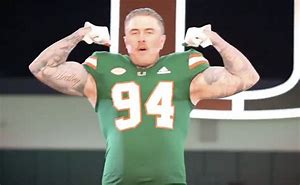 Florida Kicks off as a 7 point favorite on Saturday in what is bound to look like a home game for them, and produce a lot of action for Hedley, I pity the fool that tries to run one back on him.  That notwithstanding it is nice to have some football back. Go Blue.