My Cricket Bracket is Busted, I write a non-Ben Stokes Cricket Blog


Well let me start by saying something I won’t often say, “At no point in this article am I going to direct hate at Ben Stokes.”  Stokes was almost a non-factor in today’s competition, never coming up to bat, and bowling a very average four overs, allowing 22 runs. 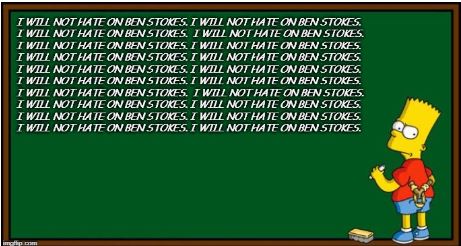 IF you don’t know why this is significant, you really need to read these first (links: This one, Definitely This one,  Also this one, and the one that started it all )

What really deserves some looks today is the fact that my bracket has been busted, as most of you well know I have had Australia for a while, and was pretty ardent in my last blog that I felt they had a considerable edge over England.  Today we learned that was not true, with England beating the team from down under by 8 wickets (translation: A LOT).  The Aussies put up a relatively meager 223 runs before going all out.  But still at the innings break I had hope, hope that the Aussies could have equally impressive defense and England too could be held to a Run Rate under 5.  I was wrong 60 balls in England was 50/0 (50 runs, 0 out),a Run Rate of 8.33, well over the required 4.56 to win.
Anchored by a brilliant performance from Jason Roy, who was moved into the lead off position, and blasted off to a whopping 85 runs over 65 balls.  Impressive, however not without controversy.  After the match Roy was fined for violating level one of the International Cricket Council (ICC) code of ethics.  First when you have levels to a code of ethics, settle down, second: is level one the highest or lowest level of offence?  I still don’t know, seems to be the lowest because the fine was for arguing the call on his out.  Which by the way I think he was completely correct in, the official ruled him caught out, the slow motion shows he never made contact.  But I guess replay technology has not made its way into the laughable sport of cricket.

Fining a player for arguing with an official in the mild manner which Roy did would bankrupt every, and I mean every, professional athlete in American sports.  But much funnier than the fact that he has to surrender 30% of what he made on today’s match is the other half of the punishment.  He will receive “Two Demerit Points” on his disciplinary record.  Demerits? Really? Those are actual things?  And two? I can understand in a sport so old school that they would keep a record of behavior like this, but to have actual Demerit points made me actually laugh out loud.  I associate Demerits with gold stars and stuffy prep schools.  Which makes me think that back at ICC headquarters they have some school marm character managing file cabinets with all players’ files inside. Looking disappointingly down her nose through much to small glasses muttering things like, “Ah, Mr. Roy we shan’t be having such an outburst again.”  Also if Jason Roy looking frustrated at an official stating that he never made contact is level one, I can only assume that…. You know whose social media behavior must be about a level 99. 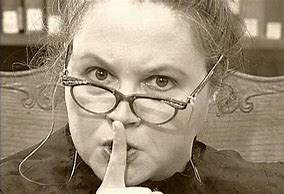 It never ceases to amaze me how soft some of these international sports are, if you remember back the entirety of my inaugural blog was about that fact (read it here(link)), it was then that I first noticed there was a Cricket World Cup occurring, and the rest is history. (Not to mention This Blog(link)  when I first pumped the tires on the US women’s soccer team and pointed out the fact that more people should be in love with Alex Morgan, one and a half months later I feel more than a little correct.)

For those of you who enjoy reading this, but are utterly sick of Cricket you are in luck, the final is in just two days and with the end of the cup will presumably come the end of my interest. (On to Rugby) England faces New Zealand, a rematch of the game that England won last week.  I hope that Jason Roy has the opportunity to earn some gold stars to offset his demerits in that one, with any luck on the way to a New Zealand victory.