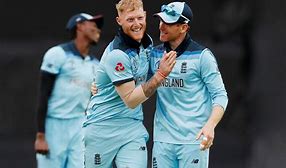 It has been a while since we got into cricket, and I understand some of you are unfamiliar with the sport itself, and that is really irrelevant to what I am about to say.  But if you are intrinsically curious, I learned everything I know from Wikipedia and following the world cup.
Since I last dove into the ICC 2019 world cup I was hot on the Windies train, and had nothing but visceral despise for England and their Fiery haired All-Rounder Ben Stokes. (Who many of you will know is a garbage human and has me blocked on twitter like a petulant child)  Since that time regrettably the West Indies have fallen to the bottom of the table and eliminated themselves from qualifying contention.  They have one match left against India who has already locked up a Semi-Final berth, along with Australia and (unfortunately) England, with New Zealand sitting in the 4 spot right now only potentially being dislodged by Pakistan spanking Bangladesh in record setting fashion. 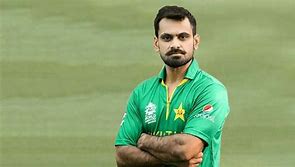 You will note that I mention England has qualified, it is true, those jerks made it into the top 3 with a victory over the Blackcaps of NZ in their final qualifying match earlier today.  There were a few touch and go moments for the England squad, losing in successive games to Sri Lanka and Australia, as well as an earlier nail-biting loss to Pakistan.  I hate the fact that the Brits are moving on, this entire sport is England against what are essentially its children (former colonies).  I can only imagine at the inception of the world cup it was England beating up on its smaller commonwealth nations.  Not unlike the Jim Gaffigan Chrysler Pacifica commercial where he talks about the favor he is doing his small children by beating them in tennis, “the little ones are terrible”.

But in recent years the kids have grown up and England has had all they can handle with the rascals.   Nobody of course should be surprised by this, the Aussies have to deal with 27 animals a day that are trying to kill them, on land, and 18 more in the water.  They have had the opportunity to get in shape, down there the ability to bat and catch isn’t sport, it is a daily struggle for survival.  While the English have to deal with what? A badger or two if they stray too far into the country side.  (Or an angry man from Belfast, but that is different) The point being, Australia is the son that hit its growth spurt and can now routinely fight back against the abusive father that is England. 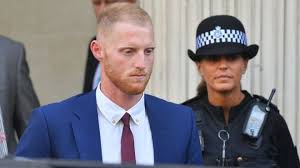 Congrats on advancing England, my real problem with you is Ben Stokes.  Now as I mentioned before (Coward Stokes) Mr. Stokes is a garbage human and I wish nothing but the worst for him. It makes me happy that his wife and kids live in England while he plays in India most of the year, gives the kids a fighting chance to not be complete assholes like their father.
Ben has put up some virtuoso performances that have even momentarily made the most ardent Stokes haters (Me) understand why he has the lucrative contract that he does. The real fun part about the great performances put up by the ginger homophobe are that they all came in England’s losses. Gritting out run after run only to fall short because your teammates stunk it up, must be the most frustrating feeling in the world.  Surprisingly Stokes didn’t punch any teammates when they got put out far earlier than they should’ve been, seems like the type of thing he would do.  Of course in games like today when England did end up eventually victorious, Stokes contributed almost nothing to the effort, again frustrating. 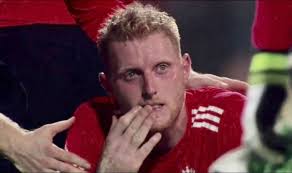 England will face off against India or Australia on the semifinal pitch depending on how the final matches for those two teams go.  I will naturally be rooting for either of them.  Only 10 days remaining until the final, (and I need to find a new sport to focus on primarily).  I know I claimed the West Indies as my team but it is worth a not that when I filled out my bracket in May I had New Zealand and Australia in the final, with the Aussies winning it all.  So though my heart is with the team from the Caribbean, my head and my hopes are with the men from the land down under from here on out.