Is This the Real Life? Or is This Just Fantasy (Football)?

Football is back, almost. But there is a season that has kicked off, the season of “you in?” and the season of “I don’t know about this year, I just don’t have the time” (mainly only from the mouths of last season’s losers), it is that time when the Fantasy football league commissioners are scrambling to get the rosters cemented.  The sad scramble to make sure you aren’t going to have to do the sad shuffle into a lame 8 man league.  The fight with that one newcomer who tries to tell you that ESPN is way better than NFL.com. I digress, that is only relate-able to the select few of us who have earned the honor and the privilege to be a league commissioner. 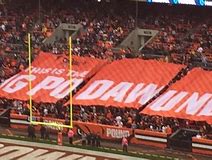 But for the lay fantasy team owner, (or are we going to have to go to governor like the NBA?) this is the time of year you are entering into a spirited debate with your fellow owners over a draft date and trying to decide who is worth drafting, and which one of your idiot friends is going to take a kicker first.  There are some hot battles out there right now, and some moral dilemmas as well.  Cleveland is a head scratcher, will the pairing of OBJ and Baker lead to magic? Or will they fight over the ball and spot light like two drunk frat bro’s fighting over a Smedium Vineyard Vines T-shirt.  And what do you do about Kareem Hunt?  He is sitting out a handful of games to start the year, but is it worth it to have him eat up a bench spot in case he comes back hot?  A lot of that will depend on how things are going in the Dawg Pound as well, of course we have video evidence that Hunt’s leg strength is not in question.

The Browns have enough talent in their skill positions to warrant a look, and certainly reach at least average production.  Weighing the value of some former Browns rivals in Le’veon Bell (now a Jet) and Antonio Brown (Raiders) will be another challenge, both former consensus fantasy 1st overall picks their recent behavior leaves them in limbo.  Each year there are controversial players with tremendous potential, this year is no different, and it will be interesting to see if which one of your league mates will either look like a genius or an idiot riding them out to week 8. 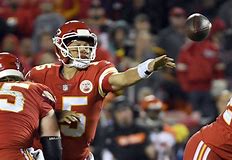 The question that is most plaguing my mind is not revolving around controversial players, it is about the Quarterback position, we have been hearing for years that this is a QB driven league and so fantasy has followed.  If you are in a wild ass two QB league like I normally play this leaves you with some interesting decisions. Obviously it moves the first QB pick up significantly in an attempt to secure an “elite” quarterback (Joe Flacco at altitude?) or maybe even two.  One thing certainly on my mind this year is the mobility of the position, with Ravens coach John Harbaugh telling fans to “bet the over” on now starter Lamar Jackson’s rushing numbers, is he a must pick?  In Arizona you have the 1st overall pick Kyler Murray, who showed mobility in college but is playing in what coach Kingsbury has said is going to be an “Air Raid offence” will that come into play at all?  (Not to mention we know Murray has an arm, selected 9th overall in the MLB draft as well). All things to contemplate with the young crop, and that hasn’t even asked if Reigning MVP Mahomes can duplicate his performance from last year. 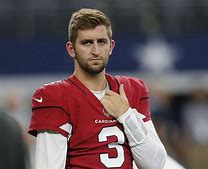 My biggest QB question for the year will be FitzMagic in Miami.  It was released today that 36 year old Ryan Fitzpatrick is leading the QB battle down on the beach over 22 year old former 1st rounder sent to Miami to make room for the aforementioned Murray.  Now obviously the backgrounds of these two players are a little different, Fitzpatrick playing with 8 teams in 14 years, and Rosen 2 in 2.  Earning himself the FitzMagic moniker after an electric start for Tampa last year that eventually the bearded wonder fizzled out and left him only playing 8 games, but that was more than enough for Fitz to eclipse Rosen’s 14 game rookie year in nearly every statistical category.  I think that I would start the season out with the Harvard grad (widely known Quarterback U) and around week 5 dump him and run, even if things have been electric up to that point, though ask the Patriots, Miami has played host to miracles. 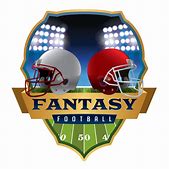 The return of Fantasy football season is a glorious time among friends, trying to find the best innuendo that incorporates a player’s name, and is not able to be repeated around the dinner table.  It is a time to hone your insults, and remember that they aren’t your friends on weeks you play them.  A time to make unenforceable pacts to beat up that one guy who just quits as soon as he realizes he is on pace for less than .500.  Most importantly it is the only time of the year that you remember teams like Jacksonville and Cincinnati exist, and that maybe if you dig enough they will have a decent running back for your #2 spot.

Good luck everyone this Fantasy season, find the sleepers, beware the bye weeks, and keep a sharp eye on that waiver wire! 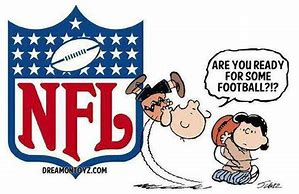 Also if anyone reading this would like to join a league with me, especially after I just leaked all of my strategic thinking, please contact me and we will get something together.