As some of you know I get pretty hyped up around the majors of golf, mainly the masters, and the US open is kind of a joke, but still I enjoy the majors.  Who doesn’t?  In the minds of many they are the only tournaments that really matter.  Jack Nicklaus clearly thinks this, not concerning himself with the number of other wins that anyone player has, and he should be shaking in his boots with Tiger knocking on the door (as I talked about in a previous blog (LINK)).

More importantly than has-been old Jack (I know calling an elderly man a “has been” is redundant, but I do like taking shots at the old bear) we have one of the young(ish) guns on the scene taking some major shots at non-major tournaments.  Earlier today Brooks Koepka (not South African) made a comment in a press conference that he didn’t practice for normal tournaments and “when you see me on TV that is when I play golf.”  I have consumed enough Koepka content to know that this is not him being cocky, he isn’t an NBA player just throwing out smack talk, and this is simply a statement of fact.  Koepka doesn’t love golf, he barely even likes it, and he once said he only got good at it during a time that he had an injury that kept him out of a “real sport” for a season. (He played hockey, definitely a real sport)   He took a season off of real sports, and golfed for one year, at the end of that he dethroned his father as the club championship... at age 13 (the title came with a reserved parking spot that Brooks used for his bike, refusing to allow his father to park there), and since then he has not cared about a tournament that didn’t make headlines.  Koepka has 6 wins on tour and four of them being majors. That puts him tied for 3rd among active golfers in terms of the number of majors, and T-20th all time. Now there are some things here that should be noted, 4 ties him with Rory McIlory, one behind Phil, but a whopping nine behind Tiger, who only trails by 3 for the all-time title.  But that is something I talk about more in the previously linked blog.
So, the point being Koepka has an earned level of confidence that rubs some people the wrong way.  I have no issues with the overall nonchalance of his approach to a game that is often seen as stuffy and overly romanticized.  Now do I think there are some areas where he has gotten a little bit too big for his Smedium britches? Yes.

This weekend is The Open, and if anyone calls it “The British Open” you should kick them in the shins for being an uncultured swine. It is The Open, being held in Northern Ireland, which is of course the cradle of humanity for the sport, as the local for The Open often is.  This year’s tournament is not at a track quite as historic as St. Andrews, but it is significant for a couple reasons.  Royal Portrush, and more specifically the Dunlace Links are of course a windswept Cliffside links course where it is tough to imagine sunshine ever penetrating the dense fog and overcast. The type of course that gives a player like me the false confidence to grab the driver, and plug a few in the fescue about 90 yards off the fairway.  The last time that the open was held here was 1951, so naturally no players in contention have ever played a major there.

However, and this might contribute to his confidence, Koepka’s Caddy Rickey Elliot calls RPGC his home course.  So in Koepka’s words,

‘You tell me what to do. You’ve played it more than anybody,’ “So I just let him figure it out. He knows his spots to miss it, the spots to come in from. I’ll definitely have a little bit more confidence having him on the bag this week, knowing this golf course so well.”

However Elliot is not the only person familiar with the course. Rory McIlroy (also sitting on 4 career majors) will be playing in his home nation of Northern Ireland on a course where he holds the record, of 11 under par, that he set when he was 16 years old (he has gotten better since then)… so keep an eye out for Rory.
The brain of his Caddy, and his world #1 ranking give Brooks every right to be a little more than confident going into this weekend, but he stepped over the line when he insulted the king.  Another wild thing about Portrush; Tiger Woods has never played there.  Earlier in the week Tiger reached out to Brooks about joining him for a practice round, obviously to leach some knowledge from Elliot. Koepka in a very classless move DIDN’T EVEN REPLY.  Imagine the balls required to turn down a round invite from the best player to ever swing a club.  Does Brooks think that he can’t beat Woods without keeping secrets?  You should be begging to educate the veteran, because you are never going to touch his number of majors your best claim to fame will be that you beat him, and you’ll never get to say you beat him at his best… nobody has. 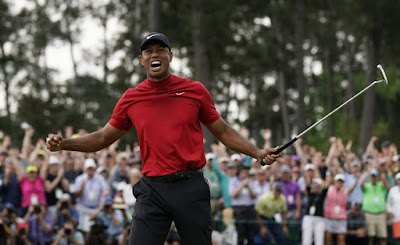 This may be the first time I haven’t been in Kamp Koepka, I agreed with his take on speeding up the game, on how Bryson Dechambeau is ruining the game with his nerd science.  But you disrespect a God of the sport, a titian of the game, the man who paved the way for ‘athletes’ to play golf, quite possibly the Greatest of all Time. That I cannot stand for, I hope you miss the cut.