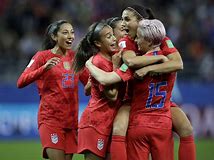 Now my intention was to have a “Wicket Wednesday” each week and break down white-hot action of the last seven days in the always exciting sport of cricket.  However, that joke of a sport has had their matches rained out most of the last week.  So I apologize no cricket news this week really, but I will continue to go deep into that trench so you don’t have to and report back about the abysmally boring ICC world cup. (England and that baby-back b**ch Ben Stokes take on my boys from the West Indies this Friday)

Obviously this World Cup Wednesday will have to be focused on the FIFA Women’s World Cup.  If you are a subscriber of this blog (which according to what I can see nobody is) you are aware that I have been excited about this for a while, and I had just a little bit of a crush brewing around Alex Morgan.  I mention this and include the LINK HERE just to prove that I was on this at least a month before the performance yesterday.  I am not claiming to be an early adopter, but certainly not the most recent to hop on the bandwagon.

That being said, wow, what a pounding.  Easily the worst thing to happen to Thailand since teenage boys realized the capitol was Bangkok (and hilarity ensues).  In case you aren’t aware the U.S. does not have a sterling record of humanitarian excellence on the Indochinese Peninsula.  It would be in poor taste to describe the US Women’s National Team’s 13-0 victory over Thailand as a massacre given the history in the region… But there are few words that better describe the absolute decimation of those poor Thai players on Tuesday night. A double wide Goal-Keeper would not have helped the nation formerly known as Siam (Siamese Twins, double-wide, it's a joke) The last time the United States demoralized an opponent such a way was the ’83 invasion of Grenada. (Which of course was when the entire force of the US military machine came crashing down to invade a small Caribbean island with a population ten-thousand less than the town of Davenport, Iowa.)

That notwithstanding it is a world cup you showed up, you qualified, you got a tough draw game one, but you qualified for the biggest stage in the sport and there is no reason for you to expect a team to call off the dogs.  They subbed everyone they could sub, and even the rookie put one in.  So to the Canadian Women calling it “Classless” this coming from a nation that is still in the wake of cheering for Kevin Durant’s injury AND once beat Denmark in Hockey 47-0.  Dear Canada, there is a reason your nation is a punchline, if you think that you’re so great why don’t you put your monopoly money where your mouth is and face us in the knockout round.  I believe the first time this is possible is June 29th with a lot of variables falling into place.  Any way I digress, shut up Canada, this isn’t Rec League, and the tournament is based on goal differential.

It is this type of performance that makes women’s soccer so much more popular, name another women’s sport that gets air time on a major network.  I could not find a way to watch a single WNBA, or LFL game if I tried. (That is Legends Football League, not the acronym you would guess) Even the men’s tournament is relegated to ESPN.  I am all for this popularity, they have earned it.  I hope they beat the living crap out of Chile on Sunday and fly the bird to Canada. I really want my girl Alex Morgan to continue to outscore every other team in the tournament. Also, let’s get Mallory Pugh some more minutes, no reason, just seems like a good kid.  I could go on and on about this, it is slowly becoming a favorite of mine, but given that cricket stays boring I would assume I will have next World Cup Wednesday to continue gushing about these ladies. 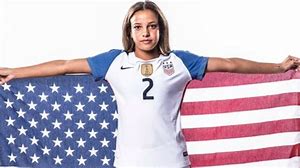 (Also, if you remember my concern about goal-tending with the absence of Hope Solo from the first blog, that has been subsided now seeing that the USWNT has yet to allow a shot)