A HUGE weekend in the sport that most Americans think is just naturally pronounced with a South African accent, Rugby.  Ten years after Matt Damon’s Oscar nominated performance in Invictus he remains the most well-known rugby player and only exposure to the sport in the US.  Not a terrible movie to show the masses the sport, uplifting, inspiring, laden with political overtones, not unlike Miracle is to hockey.  Either way this is the only exposure the masses of America have to the national sport of New Zealand, Wales, Fiji, Samoa, Tonga, Georgia and Madagascar.  Which is a shame because watching some dudes with 24 inch necks pile drive each other without pads is the pinnacle of what a contact sport can be.  The USA peaked in rugby nearly a century ago winning the 1924 Olympic Gold, the prominence due mainly to its similarity to Football, which was extinguished when they sissied up the sport of football, adding pads, and taking a break in-between tackles. 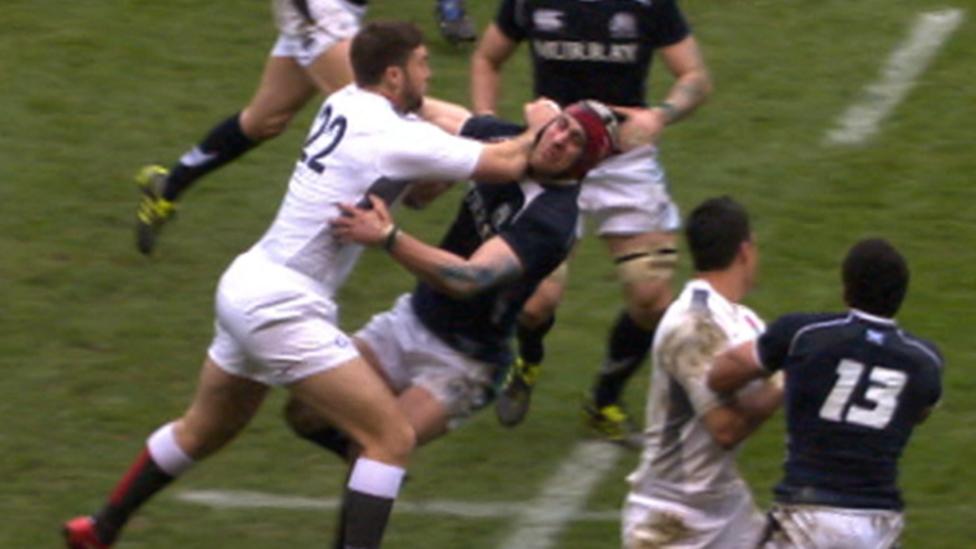 Back to the huge weekend the sport had, the final event of the world Sevens series in Paris took place, with the US just needing to do better than the Fijian team to take first for the season, of course they didn’t, taking fourth after losing in the semis to the eventual tournament and season champion Fiji and then a poor showing against the South African team in the bronze match.   Not bad, second on the season after never cracking the top 3 in history (Sevens Competition) in a sport that most of your country doesn’t realize is played domestically.  The US team has already qualified for the 2020 Olympics, which is great news because it gives me something to look forward to other than women’s gymnastics. (Congrats on the future kid 2008 all-around silver medalist Shawn Johnson-East)

Good news for those American sports fans who want a sport with some grit, hard hits, fast pace, and minimal wining and flopping (Basically an Anti-NBA) Rugby is currently the fastest growing youth sport in the United States. (Followed by Ice-Hockey, also good news for those same fans.) There is one area that Rugby outdoes even my beloved hockey, they let the girls hit.  I learned this quickly watching some of the Collegiate Rugby Challenge this past weekend. I bought the month of ESPN+ to watch the Sevens, but as long as I forked over the $5.95 I went all in on the sport.  Not to mention it was cool to see a friend of mine play live over the internet with an ESPN banner on the stream.  One of the best University of Michigan, Fall Session II, Division B, Co-ed, Intramural 7 on 7 flag football running backs I had the pleasure to take the field with, we were all sad when she hit the transfer portal but after seeing her almost pummel some b**ch after one too many BS “flag-guarding” calls this seems like more her style, happy for you, you’ll always be The Oberon Queen to me. 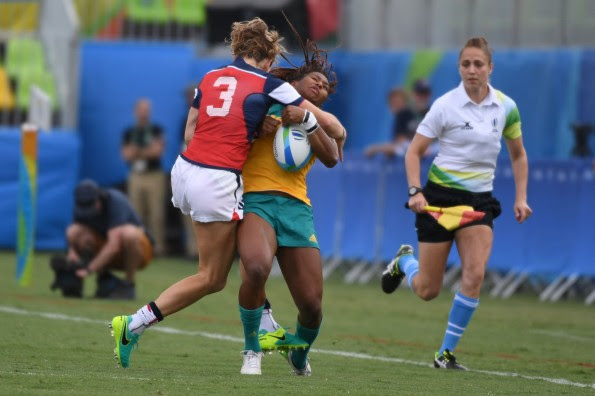 I saw more impressive open field tackles among these ladies than all of the Big 12 defenses last season combined.  So basically to the ultimate clown Commissioner Goodell, if you want to improve the NFL, take away the pads, and the downs, and encourage unlimited laterals.  When you consider that the most exciting play of last season, the “Miami Miracle” was basically just 30 seconds of rugby it seems like a pretty obvious move.  Overall after a week of diligently watching cricket, the switch to rugby as my international sport of choice was a great move if you like football for the snot-bubbling hits and open field moves, but aren’t a big fan of the fact that the game basically pauses every 12 seconds, set your DVR for some Rugby, at least just “TRY” it out…. Rugby pun, nailed it.