Another Major, Another Chance to Chip Away at Jack 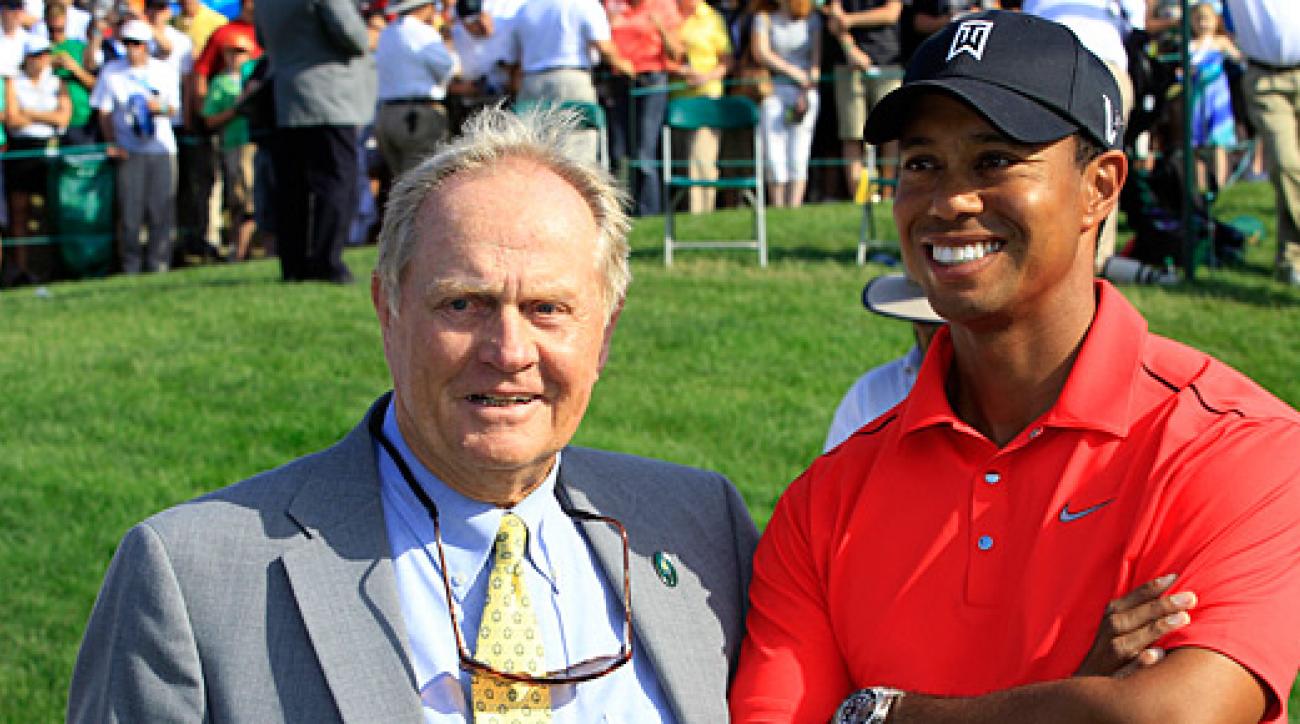 This is a major week, there are four in a season, and we are on # 3 already.  Which I am not a fan of, this new condensed PGA schedule means that we are out of meaningful golf by the end of July with the final major of the year, The Open Championship, concluding on the 21st.   No, I do not count the FedEx cup playoffs as meaningful, there are four majors, that is the number that anyone cares about.  Jack Nicklaus when asked recently had no idea what the total wins record was, or who held it.. Not surprising out of the man who holds the record of major wins at 18, he would think that is the only record that matters.  For that reason I think it is safe to say that the golden bear will not be rooting for Tiger this weekend, as Tiger is sitting at 15 majors the closest player to his record.  Tiger has the opportunity to take a step closer to the career Majors record this weekend, at a familiar course and he also has the chance to tie the all-time tour wins with a win this weekend at 82. (Held by Sam Snead, I remember even if Jack doesn’t)

I would love to do 1000 words on why Tiger is better, and how he is definitely back (not at Bethpage, he doesn’t play public courses well and why would he) But his robotic performance at The Masters proved that he can be automatic at courses he knows well, and second to Augusta in Tiger lore is Pebble Beach, and in case you missed it that is where he is playing the US Open this week.  I could go on and on about how Tiger changed the game in a way that Jack never did, that Tiger’s run put money in the pockets of every golfer after the year 1998, how even after not winning in 10 years he draws a crowd big enough that his playing partners just assume a 3 stroke “penalty” playing with him.  I could go on, but I won’t this isn’t going to be a Tiger blog, this is an Anti-Jack blog.  I know, that is not going to make me any friends in the crowd of golf fans who are old enough to be alive during Nicklaus’ career, but I wasn’t so screw that guy.

For those of you who don’t follow the subtle story-lines in the hot-hot world of golf drama, Jack has been ever so slightly trolling Tiger since it has become apparent that Tiger was back in form to make a run at 18.  I don’t appreciate him coming at my guy.  At this point if anyone else wants to beat Jack’s 18 I am all for that as well, at current pace Koepka will be there in 6 years and only seems to be heating up.  At one time Rory McIlroy looked like he might put up huge major numbers, his (near record setting) performance at the Canadian Open last weekend showed a level of performance that would be difficult beat and could perhaps give him the momentum to win his first major since 2014.  Mickelson sitting with 5 simply doesn’t have the momentum, but sits in second among active players, therefore I will mention him.  So I would be fine with either of those guys stealing the crown, but Tiger is the only one in position to do it within the next 3 years. (Mathematically)

I am aware that saying I think Tiger is better (ALMOST) puts me in a league with all of the absolute morons who think that LeBron is better than Jordan, or Crosby is better than Gretzky, which are both completely false.  But the way that Woods changed his sport in a way that can only be compared to legends like Gretzky, puts him above and beyond all other golfers.
Now we get to the real issue here, and why I want Jack Nicklaus to be wiped from the top spot on every leader-board.  It isn’t my love for Tiger, it isn’t a generational thing, it boils down to one simple fact, one reason that I hate Jack Nicklaus. It is a reason that I would turn against any hero I ever had, it would possibly lead me to disown family members.