All of the Credit in The World to Me, A Class Act, Admitting When I Was Wrong

As everyone knows it takes a big man to admit when they are wrong, and I am bigger than most so I am here to immediately declare myself wrong.  I declared the Bruins a mortal lock for their home Game Seven in the Stanley Cup Finals over the St. Louis Blues Wednesday night, especially after the shooting of Boston Legend David Ortiz.  In the wake of the Blues historic win I just want to make sure credit is given where credit is due, and that is, of course, to me.

Not only have I taken this time out of my day to put words on the page about how openly incorrect I was, but I think that I deserve a little bit of a nod for helping to provide the St. Louis boys with some motivation.  Nothing inspires a team to victory quite like people doubting them, and I was very open about my lack of confidence in them.  I called their goalie a head case, I thought that the St. Louis media jinxed them with all of the leaking of the victory plans before their trouncing in game 6.  I thought overall they just didn’t have what it took to beat a motivated and inspired Bruins team that was going to be somewhat repaired from injury after Gryz returned and Chara had a few more days on the jaw.


I apologize to the people of Boston for getting their hopes up with my prediction, I know the influence I have over those poor Massholes.  I apologize to all of the veteran gamblers who read these blogs looking for hot tips and inside tracks on various events.  Most importantly I apologize to you, my loyal readers, I know day in and day out you come to me for the most serious and insightful news and information in the sporting world and I let you down on this one. That is why it is so important for me to be such a humble and down to earth person now, and admit that I was wrong.  I need to be held accountable, as everyone should be…. Looking at you and your golf scores Kim Jong Il….. 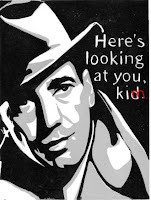 Now this being the one time I have issued a statement of such incredible certainty and obviously I served as a jinx for the B’s I would like to issue some other “mortal locks” on upcoming sporting events.  I think the England Cricket team is a shoe-in for world cup victory, and Ben Stokes will without a doubt be the tournament MVP.  I am also already declaring FIFA Women’s world cup victory for those fine gals out of Canada, I would put all of my shekels on them.  Also I would encourage everyone to find a bookie that takes more obscure bets and put some units down on the NBA not declaring bankruptcy and dissolving in the next two years.  Hopefully my prophetic wisdom holds into these other sports and has the same commendable results as my Game Seven victory declaration for the Boston Bruins.

Now a small bit about the game itself last night.  Congrats to the Blues, they earned that one, it looked tough to start but they finished strong.  I would also like to commend the NHL for not giving into the pressure to give the Con Smythe to Binnington, he put up a good game, but not an all-around series in the way that O’Reilly did, there are only so many times you can watch a guy knife a puck out of the air before you accept it isn’t just luck.  I don’t know about you but with the speed of his hands he is near the bottom of the list of people I would want to have an old west Duel with.  But above all a massive shout out to the guy running the sound board for NBC who pretended that they didn’t know the on-ice microphone during the cup presentation wouldn’t clearly pick up a few choice words.  I didn’t have my clicker out to keep count but I can make a near guarantee that the F-bombs were in the double digits, love it.

Congrats to St. Louis, the Boston Championship Drought grows to an astounding 130 days, we feel for you.