The Rest of the World Should Stop Trying to do Sports


It is irrefutable that the United States is the king of sports in the global stage, not that we dominate all sports, but we certainly play host to the premier professional leagues. We crown the Super Bowl winners “World Champions” the MLB annually holds the “World Series” (a little more excusable with the inclusion of Toronto.) Ironically the most international league, the NHL, does not give the Stanley Cup champions any sort of global title (anymore) but with the fall of the Soviet Union they have become the premier league in the world. And the NBA does whatever they do, I assume it’s the best because there are players from other continents. However it is interesting to note that there are some games that the USA does not lead the world in, and some that are not even played on a professional level in the nation.


Soccer (Futball), Cricket, Rugby, being the most notable. We are going to ignore rugby as that is one of the most rapidly expanding sports in America and the US national sevens team is on a hot streak. But soccer and cricket, not that they aren’t sports, but they are without a doubt the most boring things I have ever witnessed. I compare soccer to British food, it is nourishment, but it lacks flavor or pizzazz. Watching twenty-two people run back and forth on a massive “pitch” for 90ish minutes, because why would we have a set time, to score on a record breaking day half a dozen goals between them. The most entertaining part of the entire sport is the chanting of the crowd, which I assume only developed as a way to stay awake in-between actual interesting moments. There are about a billion morons who have incredible passion for the game, but there are also over a billion people living without electricity and that is not a lifestyle I am looking to adopt either. The sport is boring, to say nothing of their hopelessly corrupt governing body, and the fact that workers building the facilities for the 2020 world cup are dying at a rate of 600 people per year. So soccer is terrible, I am not going to argue about it, there is lots of literature on it, it sucks. 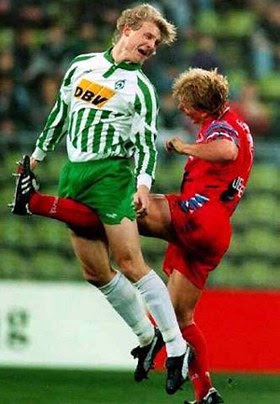 Ongoing now is the cricket world cup, and after a few hours researching the rules and reading articles I am convinced that the Wikipedia page is more entertaining than a game. Any game that takes more than a day to complete and has a scoring method that allows you to win by multiple methods is not real. There is a reason that most sports have adjusted their rules considerably since their inception or evolved into new sports on the whole. Baseball is clearly an evolution, normally when a new species evolves the old one dies, cricket should die. I have nothing against the nations that take the sport seriously, Australia you have rugby and Australian football. India, if you haven’t checked out kabaddi, you should that is wild, and should be in the Olympics. It combines the best parts of Rugby, red rover, capture the flag and somehow breath holding. At any rate it is a wild experience, and all the world needs to get in on it ASAP. The point being we don’t need cricket. And for those of you out there arguing that it has a lot of history behind it, let me remind you that India has a history of being ruled by the British, somethings are better left in the past. So there are some terrible sporting events happening in the world right now, the cricket world cup starts tomorrow in prime time at 4:30 am, and the women’s soccer world cup in the next couple weeks. As I stated previously I am excited for the FIFA women’s cup simply for the drama and story lines, we can only hope that the girl who played for BYU and yanked ponytails is playing this year. Congrats to the rest of the world on having those events to distract you from your terrible lives, meanwhile we in America will be enjoying our entertaining sports.
cricket Football International rugby soccer Sports USA World Cup World Cup 2019