The Most Exciting Season in Sports

Coming up are some of the more electric events, I am certainly not talking about the NBA finals with the majority of their drama and intrigue coming off of the court, and largely based around LeBron’s drinking problem.  I am not talking about the US open, which is bound to be a great weekend at historic pebble beach.  There are some historic competitions that I am not even going to go in depth on, The French Open and the Cricket world cup taking place now. Somehow I am not even referring to the most intense of all finals series the Stanley Cup finals, which is bound to be an incredible series with the Blues getting a rematch of their last Stanley Cup final almost 50 years in the making against the juggernaut Boston Bruins.  Of course the nation is rooting for the deprived and drought riddled city of Boston, nearly 4 months since their last major sports championship parade.  So as everyone well knows we are in the midst of championship season, some big events have passed with the Kentucky derby and the Preakness just wrapping up, the Indy 500 on Sunday, Koepka’s dominating performance at the PGA Championship, all exciting and exhilarating, but they are in the past.
I know you might be thinking that with all of these great moments on the horizon you may be asking what event could eclipse all of these.  Well if you don’t already know I would say that you cannot call yourself a true sports fan.  Coming up on the 7th of June we begin the month long quadrennial spectacle of nail-biting excitement that is the FIFA Women’s world cup.  Now not only is this a big deal because it is without a doubt the biggest stage to see women out there giving it there all for 90 (ish) minutes.  It is the only time that we get to see the USA win on a world stage in a sport that other nations also take seriously.  After losing in penalties to Sweden in the quarterfinals in the 2016 Olympics, after winning four of the previous 5 gold medals not making final for the first time in history is not a memory they will soon forget.  Looking to reprise their dominance from the 2015 World Cup win, and avenge their Olympic embarrassment the reining CONCACAF Championship and Gold Cup champions look to take the Cup by storm.  Now there are some notable players missing from the 2015 squad, all-time leading scorer Abby Wambach has since retired.  Legendary Goalkeeper Hope Solo is not on the roster serving her second career suspension after talking some mad junk about her opponents in post-game press conferences.

You might remember Solo from her work towards equality in women’s professional sports, when in 2015 she was arrested on domestic violence charges, proving that beating up a spouse and threatening the police isn’t just for NFL players.  If her unorthodox activism, and leaked “personal photos” weren’t enough to win you over just remember that even with so much work off of the pitch she still remains regarded as the greatest female keeper of all time and she will be sorely missed from this cup.  I can only imagine the types of comments that the woman who once told her arresting officer that he looked like a “14 year old boy” and insisted that the two guards at the jail, “probably” cuddled “with each other” would have to say about the notably masculine host nation of France. 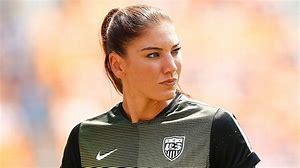 With Solo, Wambach and Mia Hamm (who apparently retired over a decade ago????) not playing it will be up to the younger stars like Alex Morgan to take the team back to the final.  And if you are a young male (or female, not judging) who is thinking that there is no reason for you to tune in, go image search Alex Morgan and reconsider. 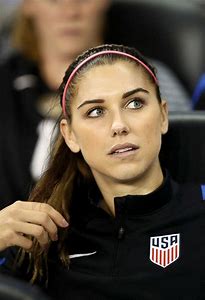 I digress.  The fact of the matter is that with all of the domestic championships upcoming it is easy to be distracted by the pageantry and media hype. But there is a more important tournament rapidly approaching, and if you even dare to call yourself a sports fan you will be in your chair riveted to the screen at 4 am to catch all of the exciting action all month long.